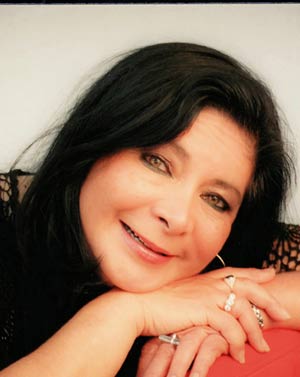 Cristina was born in Buenos Aires, Argentina and migrated to Australia in 1987, she now lives and works in Hobart.

In 2005 Cristina was invited to hold her first solo exhibition, by the Argentine Government, at the Palace of the Legislature in Buenos Aires, Argentina.

Cristina’s interest in materials, colour and patterns comes from her previous profession as a fashion designer. In 2007 she completed her Bachelor of Fine Arts with Distinction at RMIT University in Melbourne.

Her international exhibitions include Argentina, Mass Moca, The Cabinet, MA, USA, New York City, July 2014 with Pachamama (Mother Earth) at Times Square, Imago Mundi the Benetton Foundation, Venice, Italy and on July 13, 2015 Cristina’s work was a finalist in the collection of The Exposure Award which was honoured in a private reception at the Louvre Museum, Paris

UTAS commissioned Cristina to develop and artwork for ‘Off the Wall Art Project 2015’, ‘Off the Wall’ responds to University of Tasmania acknowledging the intellectual, social and creative value that public art can play in creating a vibrant educational environment. Both projects encourage students to engage creatively with the University with art that expands beyond the existing (formal) UTAS art collection, creating opportunities for cutting edge art practice.  UTAS aim to lead the broader community in appreciation and recognition of conceptual art forms that are diverse and used wide - ranging approaches to art making.

The same year Cristina was also a finalist of ‘The Field’ TUU Acquisition Prize for the New Gallery exhibition celebrating the University’s 125 year celebrations.

Cristina has realized several commissions and her work is held in the RMIT School of Art collection as well as private collections in Australia, America, Argentina, Italy, France, New Caledonia and Japan.

Lives and works in Hobart, Australia

2013 - See Me: The Story of the Creative, Angel Orensanz Foundation, NYC. USA.